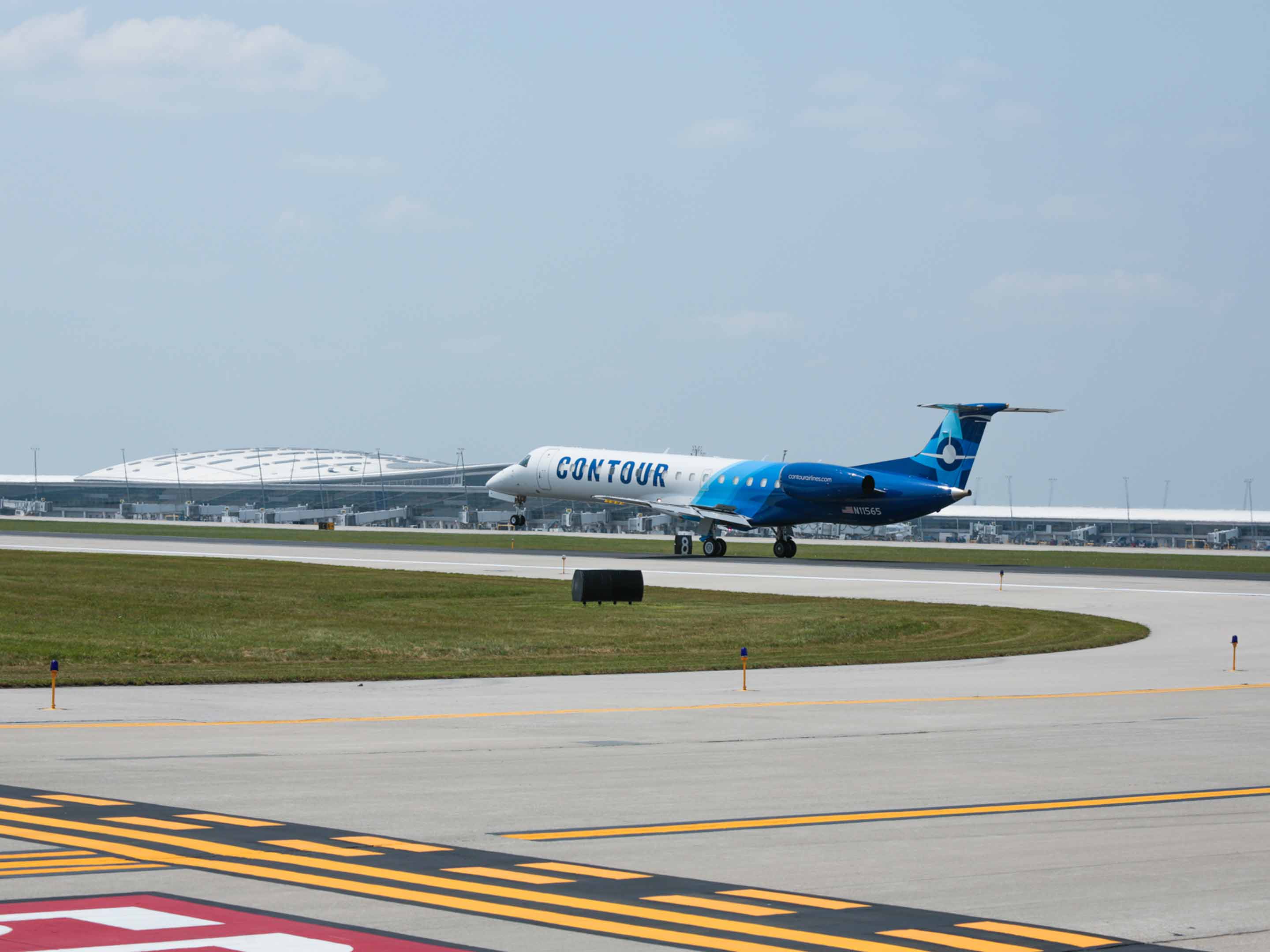 Contour Airlines to Launch Operations Out of Indy in Fall 2021

INDIANAPOLIS (July 28, 2021) – Good news landed at the Indianapolis International Airport (IND) today as Contour Airlines announced it will become the second airline this year to kick-off operations out of Indy, beginning this fall with three new daily nonstop flights to currently unserved destinations.

Contour originally announced its entry into the Indianapolis market in February 2020 at the Routes Americas conference held in Indianapolis. But that announcement was just days before the global pandemic began to significantly impact the travel and hospitality industry.

“We knew we would be here again one day,” said Mario Rodriguez, executive director of the Indianapolis Airport Authority. “We have continued to remain engaged with Contour, ready to move forward when the time was right. With air travel up significantly, and the nation showing signs of moving toward recovery, now is the time.”

“Hoosiers have been telling us for years they would like nonstop flight options to what are traditionally regional drive markets,” said Marsha Stone, senior director of commercial enterprise. “Nashville, Pittsburgh and Milwaukee are all popular regional leisure destinations – and growing business locations as well. Contour is helping us make that long-awaited hope a reality for Indy travelers.”

Contour will serve the Indianapolis market with its fleet of 30-seat ERJ-135/145 aircraft, featuring free seat selection, and 36 inches of legroom in every row, which is equivalent to first-class on other domestic carriers. Contour has no middle seats on its aircraft, allowing for more space between passengers, and will offer a complimentary in-flight snack-and-beverage service. OAG has consistently ranked Contour as one of the most punctual airlines in North America.

The media was given a tour today of the ERJ-145 aircraft during the announcement.

“We are thrilled to finally introduce Contour service in Indianapolis,” said Matt Chaifetz, chief executive officer of Contour. “I know that travelers will appreciate the speed, comfort, and convenience of nonstop air service to these important destinations. The ability to replace all day drives with an hour-long flight will increase efficiency and enhance productivity for those traveling between these markets.”

With the addition of the new routes from Indy to Nashville, Pittsburgh and Milwaukee, Contour will offer its premium low-fare airline product across a route map spanning 12 states. Headquartered in Smyrna, Tennessee, Contour plans to create more than 20 jobs to support its Indy operations.

“Connectivity is essential for economic growth and for positioning Indiana at the forefront of a global economy,” said Jim Staton, senior vice president and chief business development officer for the Indiana Economic Development Corporation. “The pandemic reminded all of us how critical connectivity is, and we’re thrilled to join Contour today to celebrate three new nonstop flights.”

Health and Safety PrecautionsContour Airlines keeps you Safe in the Air. Airline staff members regularly clean and disinfect the aircraft with EPA-registered disinfectants to ensure a clean cabin environment for all passengers. Contour Airlines flights are operated with Embraer ERJ-135 and ERJ-145 aircraft configured with just 30 seats at 36” pitch in 2-by-1 configuration for maximum passenger comfort and safety. In-flight service has been limited to include only prepackaged snacks and bottled water.

Book your flight with Contour at www.contourairlines.com or by calling Contour’s Customer Care department at 1-888-332-6686. 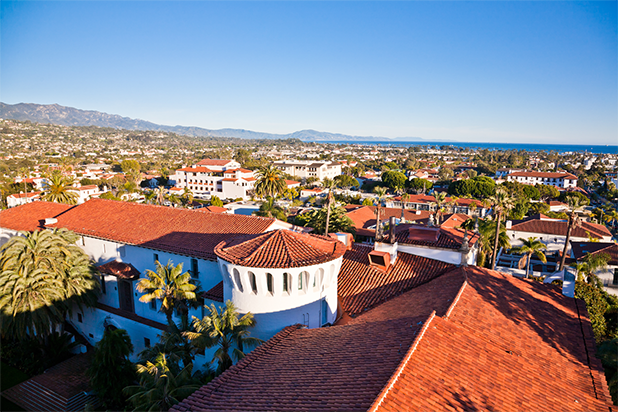 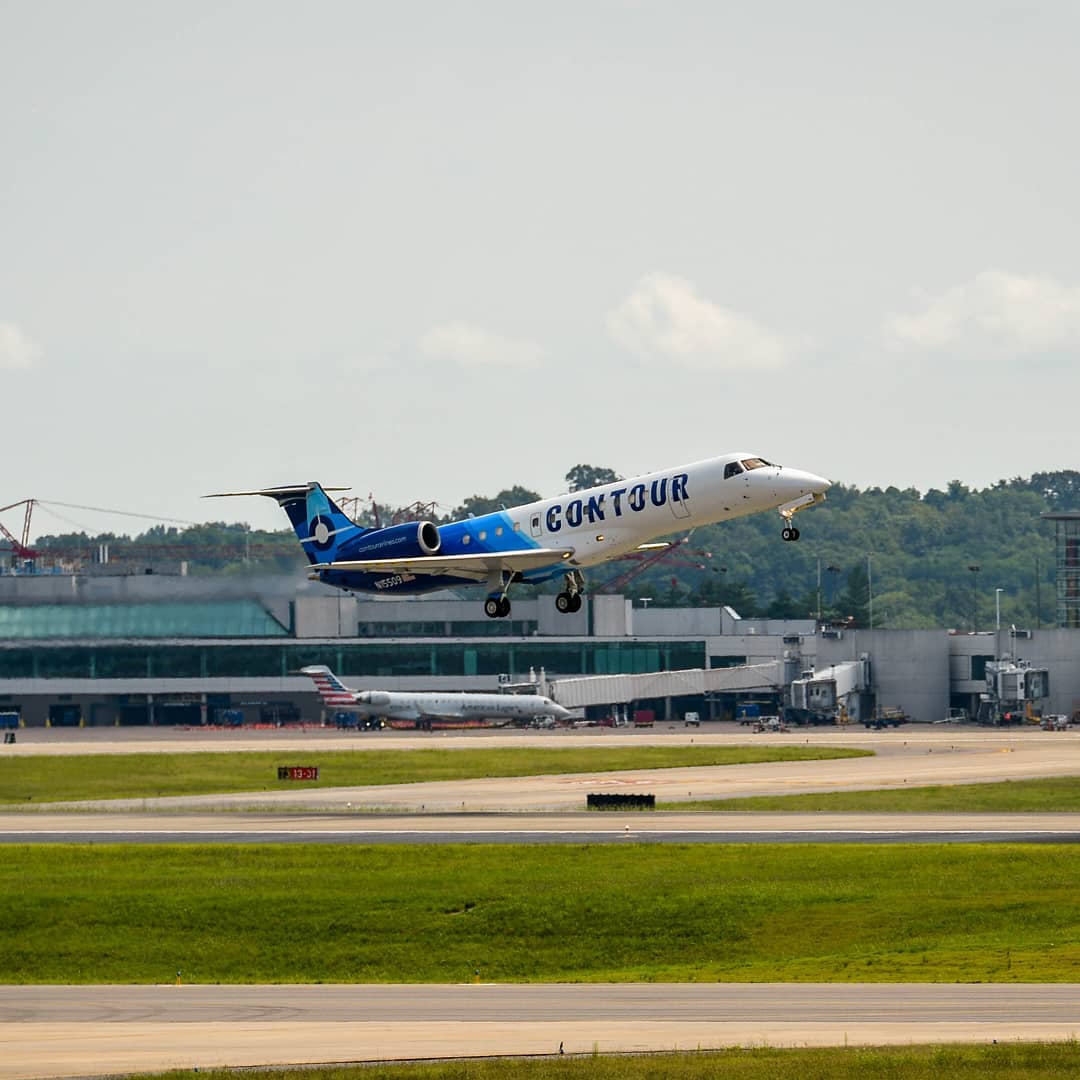 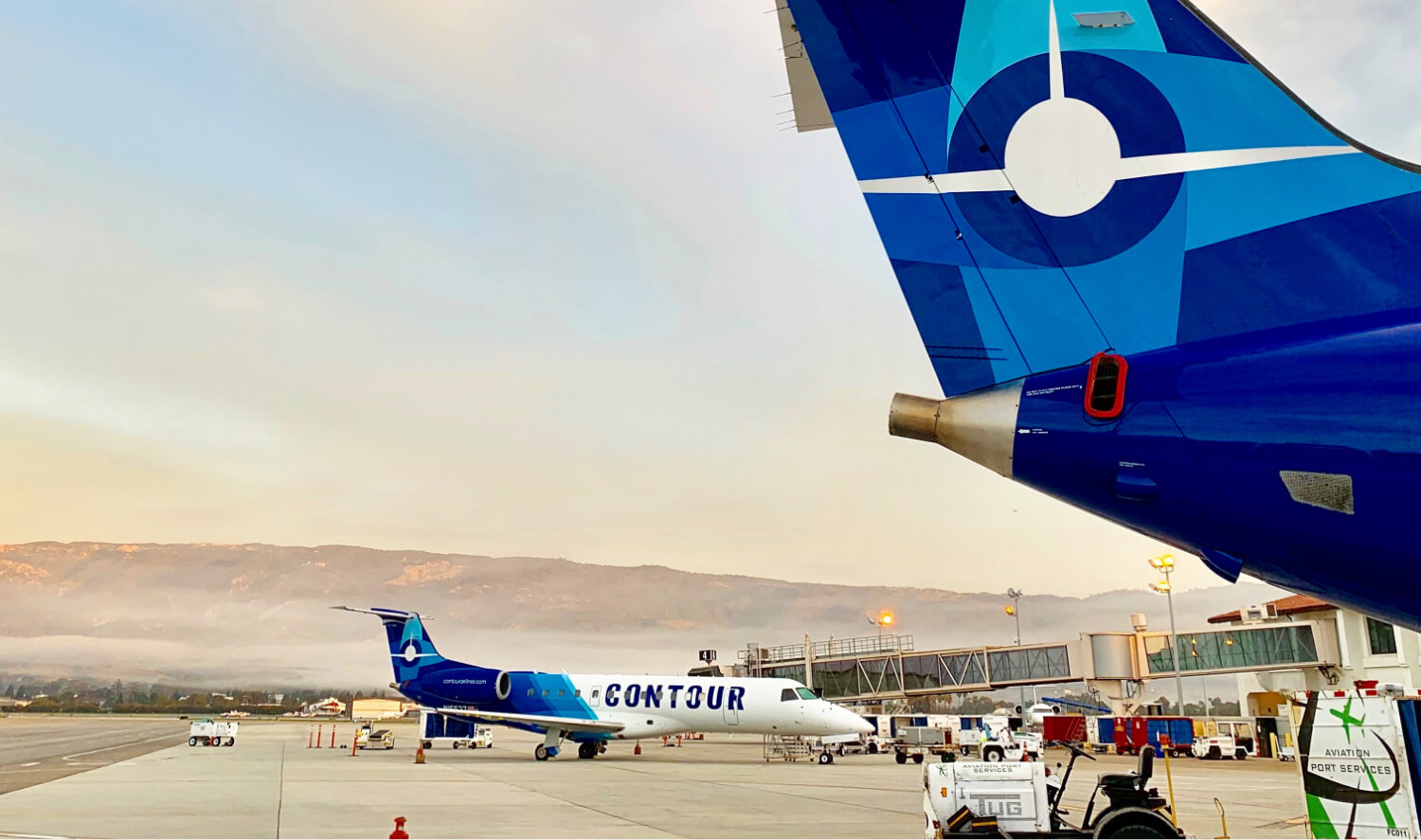 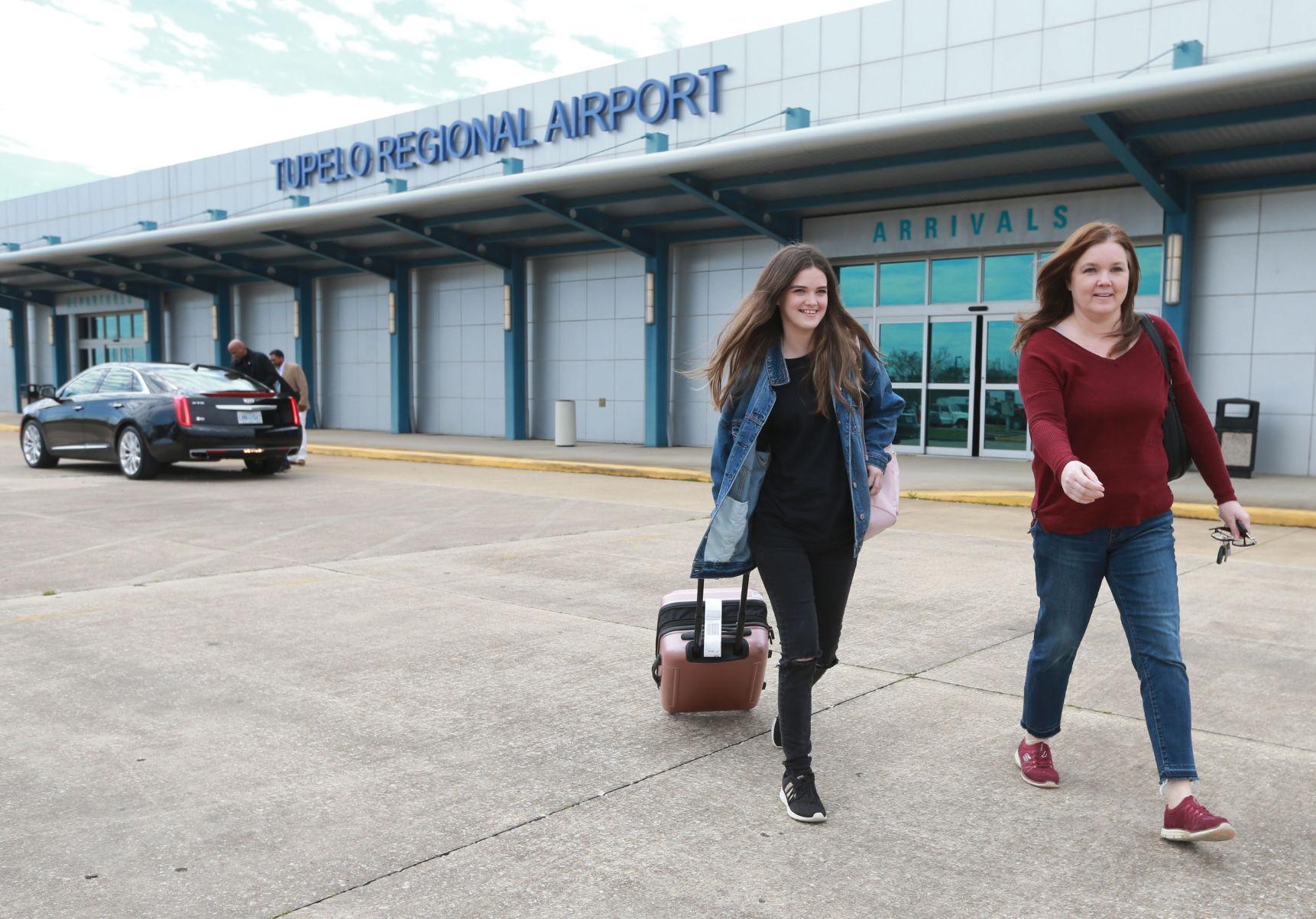